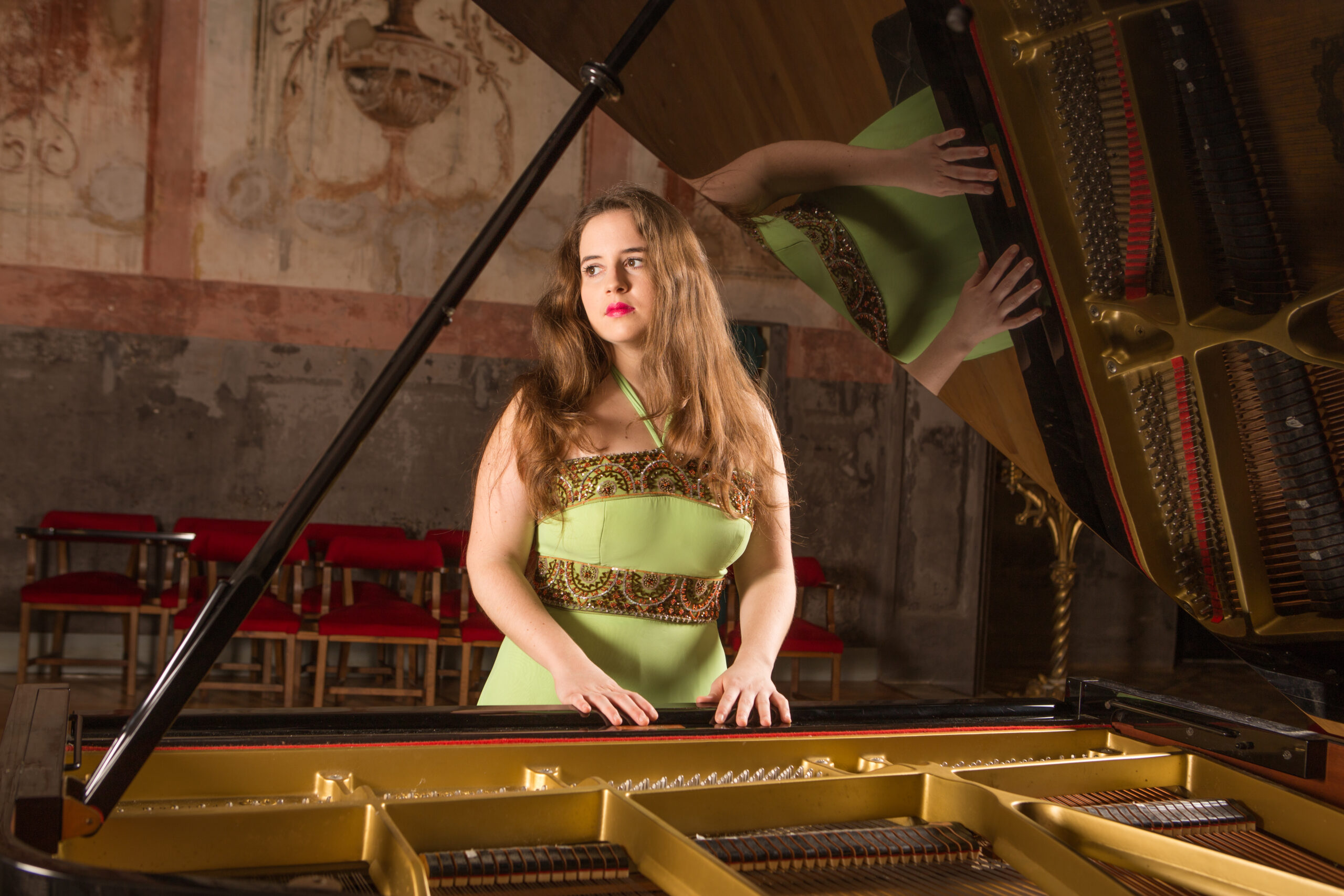 Margalida Moll Salord is a concert pianist from Ciutadella de Menorca. She has been described as a ‘magnificent artist with a promising present and future of international success’ by the Spanish music magazine Consell Català de la Música.

She has performed as a soloist in venues such as Wigmore Hall, Steinway Hall, University of London, Charlton House, Menuhin Hall, Cultural Centre of the Russian Embassy of London, Victoria and Albert Museum, Amaryllis Fleming Concert Hall, St James’ Piccadilly Church, St Stephen’s Church, St Mary Abbots Church, St George’s Hannover Square among others. She has also toured Scotland performing in venues such as the Royal Overseas League. Margalida has performed extensively in Spain, offering concerts in the Ateneo Hall of Madrid, La Pedrera, or el Jardí dels Tarongers in Barcelona, the Saura Palace of Ciutadella de Menorca, the Reynolds Foundation Reynolds or Principal Theatre of Maó among others. In 2019, Margalida performed the Cyberbird Concerto by Takashi Yoshimatsu at the International Music Festival of Maó (Spain) with OCIM Orchestra.

Born in Ciutadella de Menorca (Spain), she started to play the piano at the age of six with Andrea Piris. Aged ten, she had already won her first prize at the International Piano Competition Vila de Capdepera and at the Young Performers of Balearic Islands Competition. Successfully gaining a place and scholarship at the Yehudi Menuhin School (UK), an institution for musically gifted children, Margalida continued her musical studies under the guidance of professors Marcel Baudet and Renana Gutman. She soon progressed to study at the Royal College of Music to complete her Bachelor of Music with Honours, studying with professors Ruth Nye and Gordon Fergus-Thompson.

Margalida has a passion for chamber music. Recently discovered by Classic FM radio, Margalida and her sister Francina (violinist) were featured on International Sister’s Day. She is one of the artists of the Foundation Talent Unlimited of London, an institution that promotes talented emerging artists.